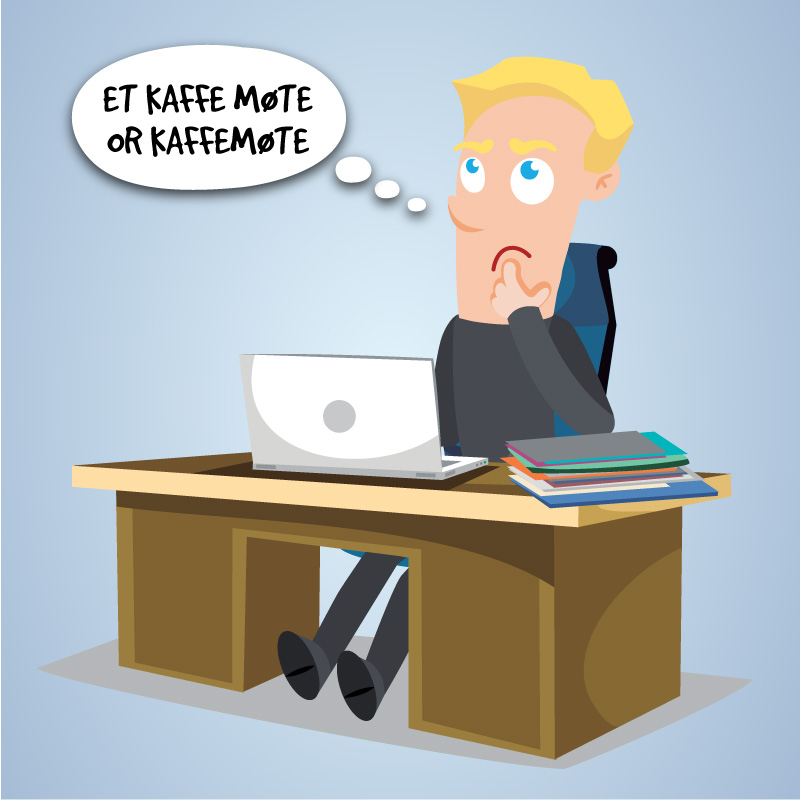 There are a lot of long words in the Norwegian language. We make them by sticking nouns together with other nouns, with verbs, and sometimes even with adjectives. I personally love the fact that we can do so.

It's fun to be creative with my own language and make brand new words by putting old words together.

You too can create your own words in Norwegian. As an expat who is learning Norwegian, you can adjust your language to your own personality.

I mean, you don’t want to end up talking like a book, so don’t just copy the way Norwegian books or your teacher tells you to communicate. Instead, learn from native speakers. Most importantly, have fun with the language and try out new ways of expressing yourself.

But of course, to do that you must first know some rules. In this blog post I will show you how to tie two or more nouns together as one word, and also when you should not do so.

It is really easy, I promise you!

So, Norwegian nouns can be defined as all the words that you can put “en” or “et” in front of. For example:

Now, say we want to construct the Norwegian word for

It is an easy process, and here are two quick methods. Remember the question in question?

Is it written as one or as two words?

To find the answer, native Norwegian speakers often use the following trick:

We say the word(s) out loud and listen to the “melody”. Then the rules for “melody” (intonation) tell us whether to spell the noun in question as one or two words. But for you as an expat learning the language, this is not the best tip, as your Norwegian pronunciation probably isn’t perfect yet.

So what should you do? Well, you can simply decline the word(s)!

Write them in plural, then ask yourself, would you say:

Then try it in English. (In this context, English is a good indicator for Norwegian)

The first noun stays the same in plural and this is the key factor which shows you that the correct Norwegian spelling should be:

You may be confused by the fact that our two nouns have different genders.

“Familie” is a masculine noun and “hjem” is neutral. So what gender does the word "Familiehjem" get in the end?

To find the correct answer, look at the gender of the main noun. The main noun in compound words in Norwegian is always the last noun. The noun(s) in front of the main noun only fill(s) a descriptive function. In our example the last (main) noun is “Hjem” and since hjem is a neutral noun the word "Familiehjem" is also neutral.

So, finally, we need you to help Tor out with his problem:

Which is the correct spelling?