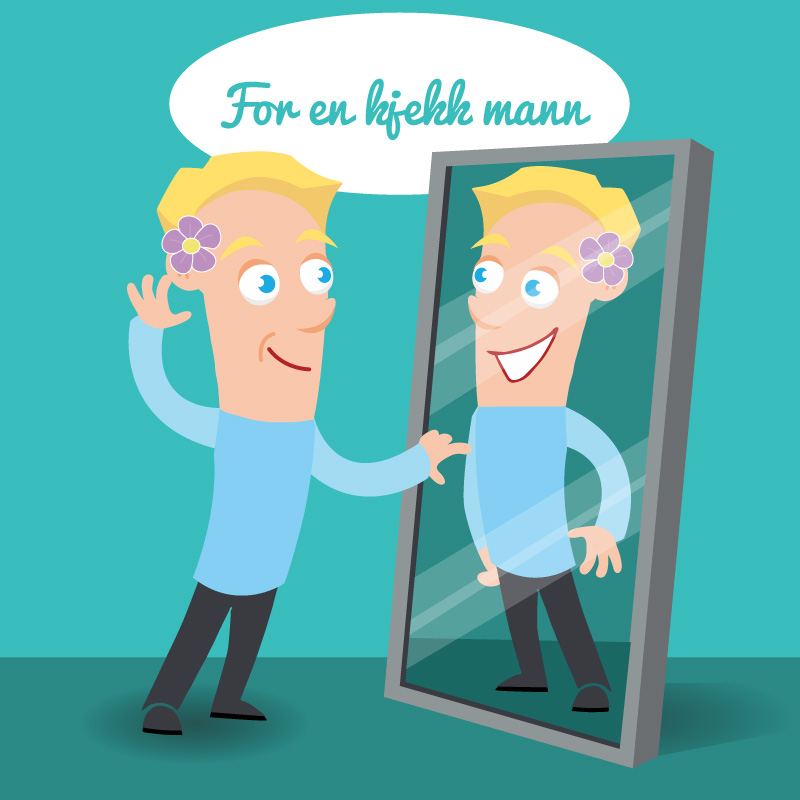 I’ve been teaching Norwegian for several years now and I never get tired of teaching my students how to decline adjectives correctly. Let’s talk adjectives!

The reason I love sharing Norwegian adjective rules with students is because we actually do have rules and if you understand them – you will never make another adjective mistake!

Continue reading and step up your game

It’s a known fact that native speakers use more adjectives than non-native speakers. So if you want to speak like a native and be able to express precisely what you mean, continue reading.

The Norwegian nouns on the other hand, have a grammatical gender. They are masculine, feminine or neutral. The masculine nouns have the article “en” in singular indefinite; the feminine nouns have “ei” and the neutral have “et”.

In plural indefinite, they all often end with “er” regardless of gender (note: there are a lot of exceptions which we wont go further into in this post).

So let’s start with the main pattern for adjectives that describe nouns in indefinite forms. For this example I will use the adjective “fin” is “fine” or “nice” in English.

If want to say a nice car, a nice girl or a nice apple, we have to add the adjective “fin”.

For a masculine and feminine nouns the adjective stays the same, but in neutral you have to add a “t”.

And if you want to say nice cars or nice apples you must add an “e” to the basic form of the adjective.

To fine biler
To fine epler

So the main rules are:

But wait… there are some exceptions.

Keep calm though, the main exceptions are also quite easy to understand and to learn

For example we say et hyggelig hus, et koselig lys - never hyggeligt or koseligt (But they do in several Norwegian dialects, and in our neighboring countries, Sweden or Denmark as some of you may have noticed.)

I hope it was helpful.

One last tip – start using adjectives much more than you do. Your listeners will appreciate it. Actually, you should start right away! Go and stand in front of a mirror and tell you reflection how good it looks by using adjectives, just as Tor in the illustration above.