Is she kissing her own husband or someone else's?

Is she kissing her own husband or someone else's?

Let me explain the difference between “hennes" and “sin” in Norwegian. It is an all-important distinction, as you will see from my screencast.

Below is the transcript of the screencast:

Hi! Today we're going to talk about the difference between 'sin' and 'hennes'. My slides are in Norwegian but I’ll try to explain this in English.

We have two sentences on this slide, the first one is:

The second one is:

In English you would know it depending on the context but in the Norwegian we have two different words for it.

We'll look at it in first person ("I'm kissing my husband"). In this sentence ‘Jeg’ and ‘min’ are both referring to the same person.

‘Du’ means you and in this sentence ‘Du’ and ‘din’ are both referring to the same person.   And the example we saw:

‘hun’ and ‘hennes’ are not referring to the same person.

‘Hun’ is one person and ‘hennes’ is another person, so what we're saying that sentence is she's kissing someone else’s husband. If we want to say that she’s kissing her own husband we have to say "Hun kysser mannen sin."

We use ‘sin’ to show that the person or the thing we're talking about is somehow connected or owned by the subject, by ‘hun’, ‘han’ or ‘de’.

"Hun og mannen hennes" is the subject of that sentence.

We can’t have ‘sin’ there, even though ‘hun’ and ‘hennes’ are both referring to the same person, we have to use ‘hennes’ because it’s a subject.

In this sentence "Han sier at" (he says that) – ‘hun’ is the subject, but then we have a subordinate clause, and that clause is "at hun og mannen hennes vant 1 million kroner i lotto".

"Hun og mannen hennes" is the subject of that clause and since it’s the subject we can’t have ‘sin’ there. We have ‘hennes’ even though ‘hun’ or ‘hennes’ are referring to the same person.

That’s it! Thank you for listening or as we say in Norwegian:

Takk for at du hørte på! 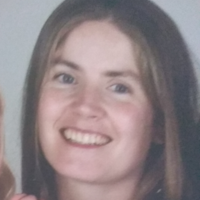