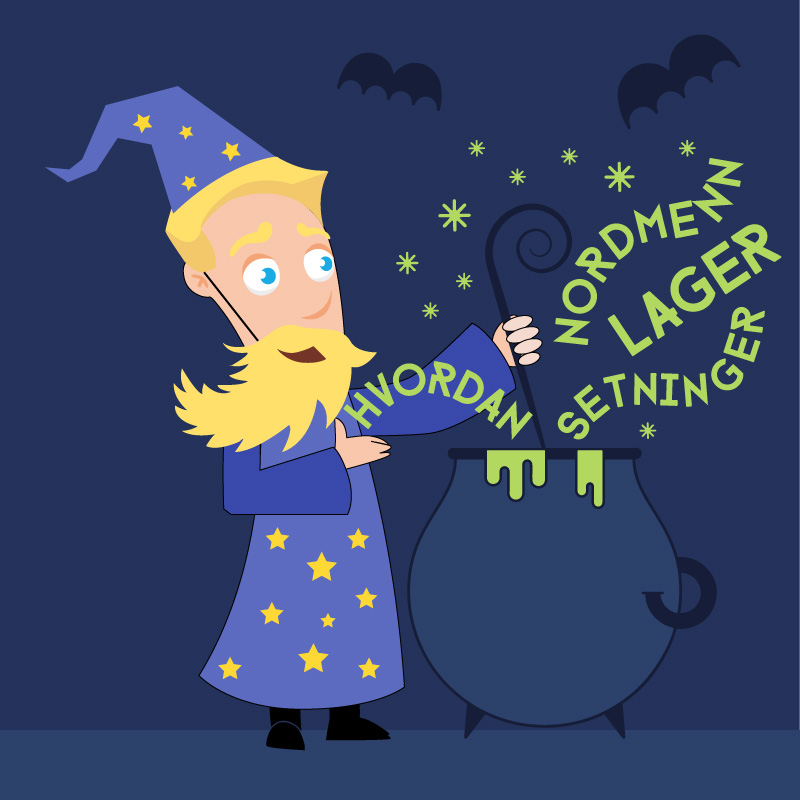 Already mastered the basics of sentence cooking? Norskbloggen will take you all the way to your first Michelin star!

When I go traveling to different countries, what I love most is tasting different foods and hearing different languages spoken. It strikes me how basic ingredients like meat, fish, vegetables, grains and dairy are prepared to produce vastly different flavors from country to country.

And it is the same with language -  the special “flavor” and texture of a language develops when generations of people follow traditional “recipes” for speaking and writing. Each language’s “cooking practices” change slowly over time, inspired by the cuisines of other countries and cultures.

The basic language ingredients are pretty similar all over the world, like oil, garlic and tomatoes. To cook up a decent sentence in Norwegian you will need all or some of these:

This looks fairly sparse and bland. Don’t worry, we will spice up this basic recipe in future articles.

For now let us just also mention that the object can be direct or indirect and that in next week’s blog you can read more about clauses (setningsdeler) and word classes (ordklasser).

A word on word order

When you started learning Norwegian, many of you noticed that the order of words - even in basic sentences - was a little different from what you were used to. This is precisely why it can take some time to get comfortable “cooking” sentences in an unfamiliar kitchen.

I’ve noticed that some baking recipes ask you to “ha det våte i det tørre”, in other words “pour the wet (ingredients) into the dry”.

Others order the exact opposite.

Linguists categorize Norwegian as an SVO - language meaning quite simply that we “stir in” our three main sentence ingredients in this order :

S-V-O is the most common indo-european “mixing” order. World languages like English, Chinese, Spanish, Russian, French and Portuguese are all SVO languages.

Other languages favor other combinations:

S-O-V is the typical sentence structure for neutral sentences in Arabic, Hindu, Urdu, Turkish and Japanese and in German (subordinate clauses).So in these languages our example would read:

And V-S-O is the normal word order for languages like Tagalog, Arabic and Classic Hebrew.

In Norwegian, you can begin your sentence with almost any ingredient, but we are very picky about the second ingredient: It has to be the verb! - with very few exceptions - more about this in Part 2.

Our friends the linguists coined the phrase “V2” for this rule which remains strong in every Germanic language except English.

If you remember this simple rule - the verbal clause in second place - your sentences will always have that authentic Norwegian flavor!

Next, in part 2 of this series, we’ll start cooking up some sentences: