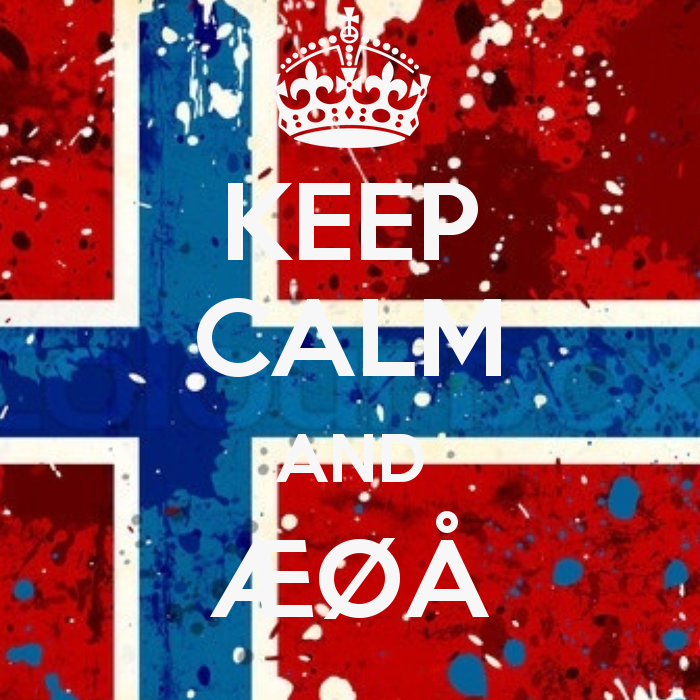 Most mistakes that you make are probably relative to your native language. That is normal. A Russian speaker encounters a different set of pitfalls than a Brazilian co-student. But here is a list of some of the generally and commonly made mistakes regardless of your background.

1. Mixing up the short and long vowels

Yes, there is a whole bunch of strange vowels in the Norwegian language, including the special characters æ ø å. And just to make it extra difficult for you, we even distinguish between short and long vowels.

There is huge difference between ‘hat’ (long vowel) and ‘hatt’ (short vowel). If you aren’t up to speed with this basic peculiarity in the Norwegian language, read this mini lesson to learn the distinguishing rules.

Many foreigners have a hard time hearing the difference between the Norwegian u (as in ‘ute’, outside), y (as in ‘yte’, contribute) sounds.

As a consequence, they tend to compensate by pronouncing the Norwegian u as a quote, unquote Spanish or German u (English ‘oo’).

To confuse things further, this pronunciation sounds more or less like a Norwegian o (as in the name Olav). So, without getting too phonetic here, make sure you clearly distinguish between du (you) and do (toilet), toll (customs) and tull (nonsense).

Furthermore, many also mix the vowels Å and Ø.

You might get the same into your bank account, however whether those monies are ‘lønn’ (salary) or ‘lån’ (loan) makes quite a big difference in the long run.

In Norwegian language there is a fixed syntactical structure that you don’t want to challenge.

This means that the order of the words in the sentence shapes the meaning. A common mistake is to misplace the verb in the sentence. To make a long lesson short, the verb should always come as the second element in a main clause.

If you put it first, it becomes a question and if you put it anywhere else, it sounds archaically poetic or just very awkward. It can also get difficult to understand what you’re actually trying to say.

If your native language has prominent use of grammatical case, then you probably want to spend a little extra time practicing the strict syntactical structure in Norwegian.

This one is a bit tricky. Messing with modal verbs are some of those blunders that can stick with you a very long time if you don’t get it right in the beginning. We use modal verbs frequently in Norwegian.

Two of the most common are the irregular verbs ‘skulle’ and ‘ville’, which are used to create future tense of any verb. You do well to memorise the conjugation of these verbs.

Explaining the nuances between the two is beyond the scope of this blog post, but we’ll probably post an article on the matter in the future.

In English, the verb ‘to go’ can be used whether you are travelling far or just want to visit your neighbour.

The same verb is also used as simple future tense.

A common mistake that foreigners make is using the Norwegian verb ‘gå’ in the same manner. In Norwegian, ‘å gå’ literally means to walk. You should use ‘reise’ or ‘dra’ instead of ‘gå’ when you’re going somewhere (and find it necessary to give away that information).

That is unless you’re strolling, in which case it would be perfectly fine to ‘gå’.

In German, English, Arabic, Spanish and a huge number of languages people express a definite noun with a separate article, ‘the car’.

In Norwegian we don’t have a definite article. We add a suffix or ending ‘-en’ / ’-et’ to the noun to make it definite. Furthermore, we have a pointing pronoun ‘den’ / ’det’, with a slightly different meaning.

Oftentimes foreigners use this a definite article, which is a basic, yet common mistake.

So, whenever you express a definite noun, make sure use the suffix and not the pointing pronoun ‘den’ / ’det’.

That is unless being definite just isn’t cutting it, and you want to be Mr. Specific. If you point your finger at it, then using the pointing pronoun is fine.